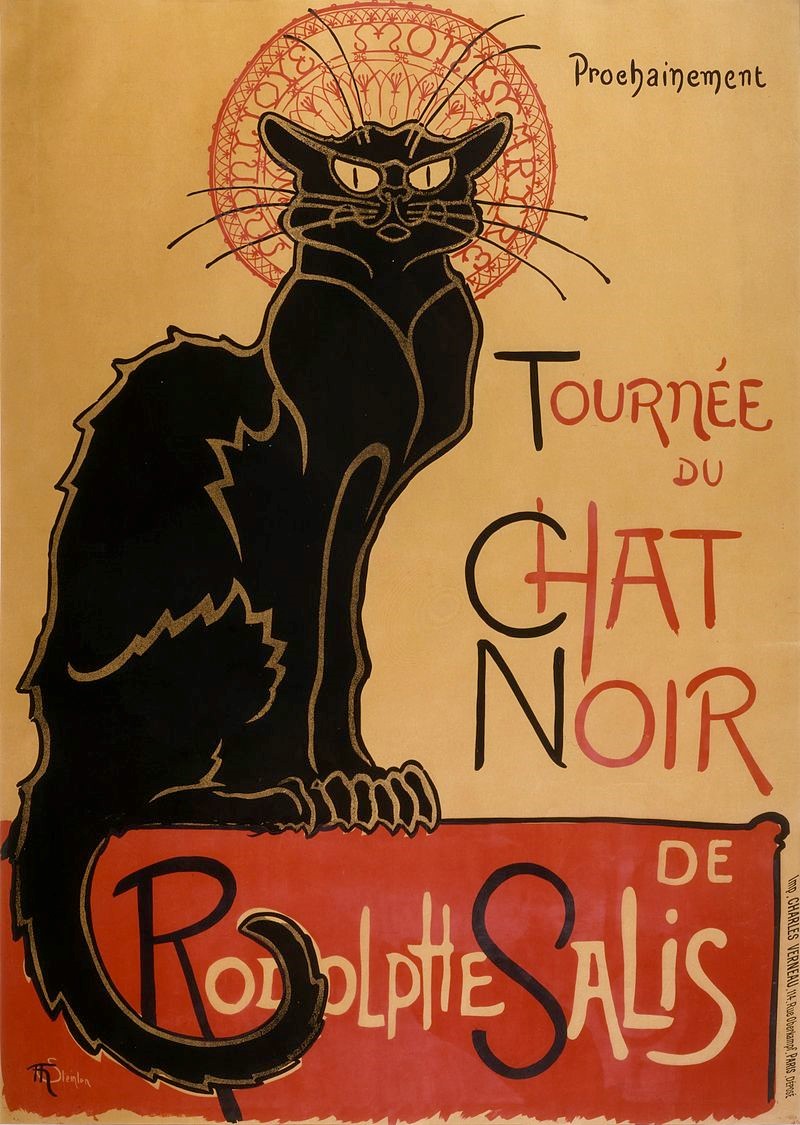 The Swiss-born Théophile-Alexandre Steinlen (1859-1923) was one of the great illustrators of the late 19th and early 20th centuries, and a major contributor to the “Bohemian” culture of the Montmartre district in Paris. His work is well represented in the exceptional “fin de siècle” collections of the Zimmerli Art Museum at Rutgers.  In addition to posters, murals, and books, Steinlen did drawings for over 30 magazines, some of which he founded.  His art, which pays special attention to the lives and plight of working people, was often deemed subversive. 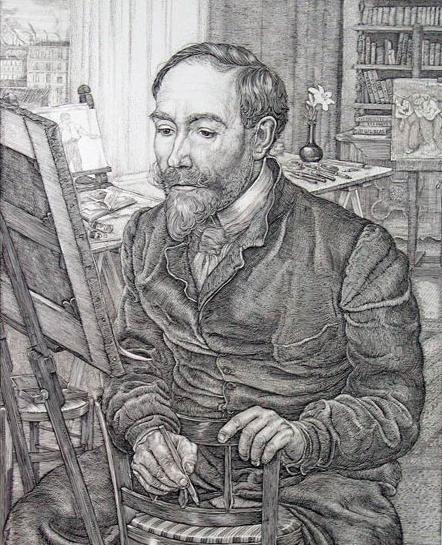 He also had great affection for cats, which he portrayed in sculptures, drawings, and paintings.  Most famous in this genre is a poster he produced for the Montmartre cabaret “Le Chat Noir” (The Black Cat).  Steinlein used the eponymous cat as protagonist in a number of “histoires sans paroles” (stories without words) published in the Chat Noir magazine, from which the images found on several pages of this site are taken.