Liberty in a Soup 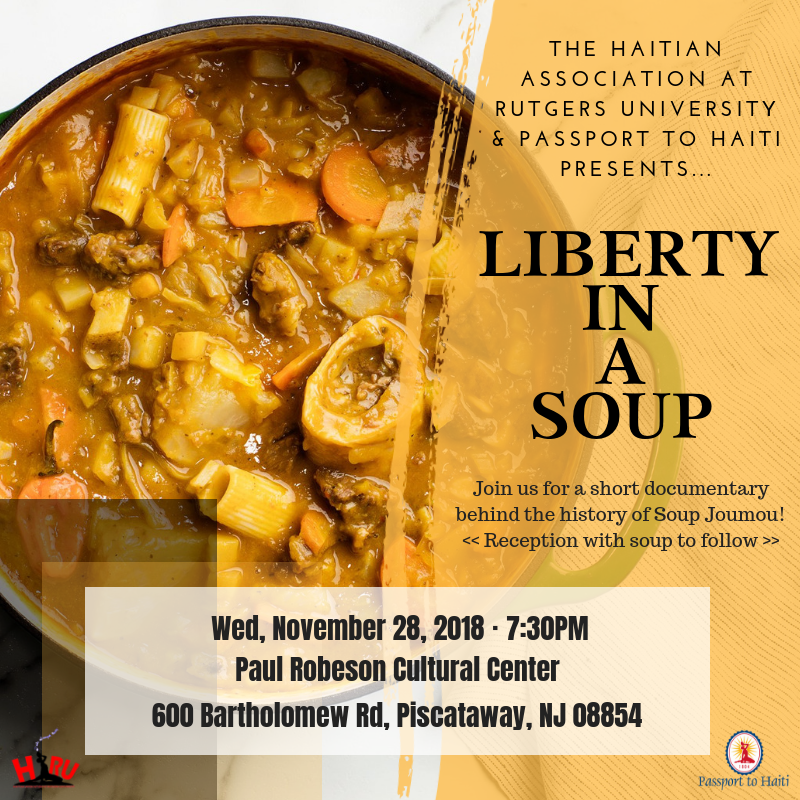 “Liberty in a Soup” explores the Haitian Independence Day tradition in which Haitians partake of a pumpkin base soup known as “Soup Joumou”. Every January 1st, in celebration of their independence, Haitian families gather around the dinner table to celebrate their freedom with a soup.The film narrates and documents the filmmaker’s journey to Haiti in an effort to share a full understanding of this tradition in the context of the Haitian revolution and its role in the development of modern humanity. The story is also developed through the multi-cultural voices of some of the leading thinkers and individuals involved in the study of Haiti and Haitian history in general.During the process, the film succeeds in the telling the tale of the revolution in ways that illuminates the story of one of the most important historical events in modern human history. This documentary is a very important educational and cultural tool for fostering a better understanding of Haitian Culture and Haiti’s contribution to the advancement of humanity.